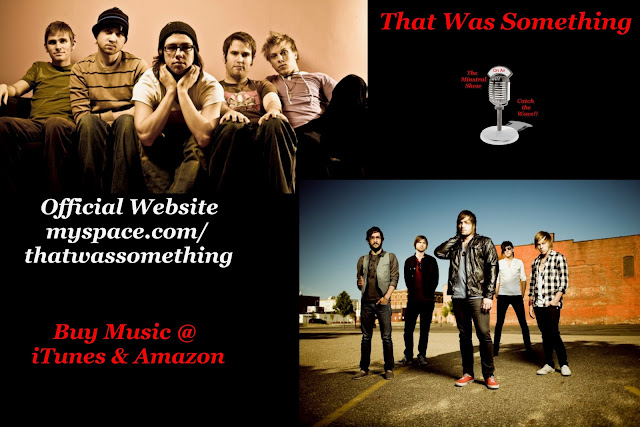 About: That Was Something


That Was Something started its humble beginnings as high school teenagers in the fall of 2003. A band with a true passion for making music. After 5 records, tours all over the U.S. and memories that will last a lifetime, “That Was Something” has prided itself on always staying on it’s own two feet with or without label support.


The year of 2008 was quite the year for the band. Between releasing their first record on a label (Lobster/Oort Records) titled BEARS!, which sold over 6,000 copies in just 4 short months, and touring the great states non stop, it has been a whirlwind of a ride.


Now members Bradley, JP, Mark, John, Ryan and Josh have put their focus into once again making a record that truly stands on its own two feet. That Was Something wants to make music that after all the trends, clothing and styles are over, still stands tall with an original pop sound that is still easy for people to familiarize themselves with.


In a scene where it seems many bands are overnight successes, That Was Something is proud to say that they’ve been working their FOOS off for 5 years, and have no plan …ping.


Their new EP, “Down, But Not Out”, produced by Rob Freeman (Hit The Lights, Cobra Starship) is truly something that the band is really proud of. With influences such as Third Eye Blind, Maroon 5 and Michael Jackson, they really emphasized the POP on this record. “Down, But Not Out” was released on December 9th by Authentik Artists.


That Was Something disbanded in 2009 and are currently pursuing other projects. However, in the summer of 2012 they made a special effort and released “The Final Album” which can now be purchased @ itunes and Amazon.