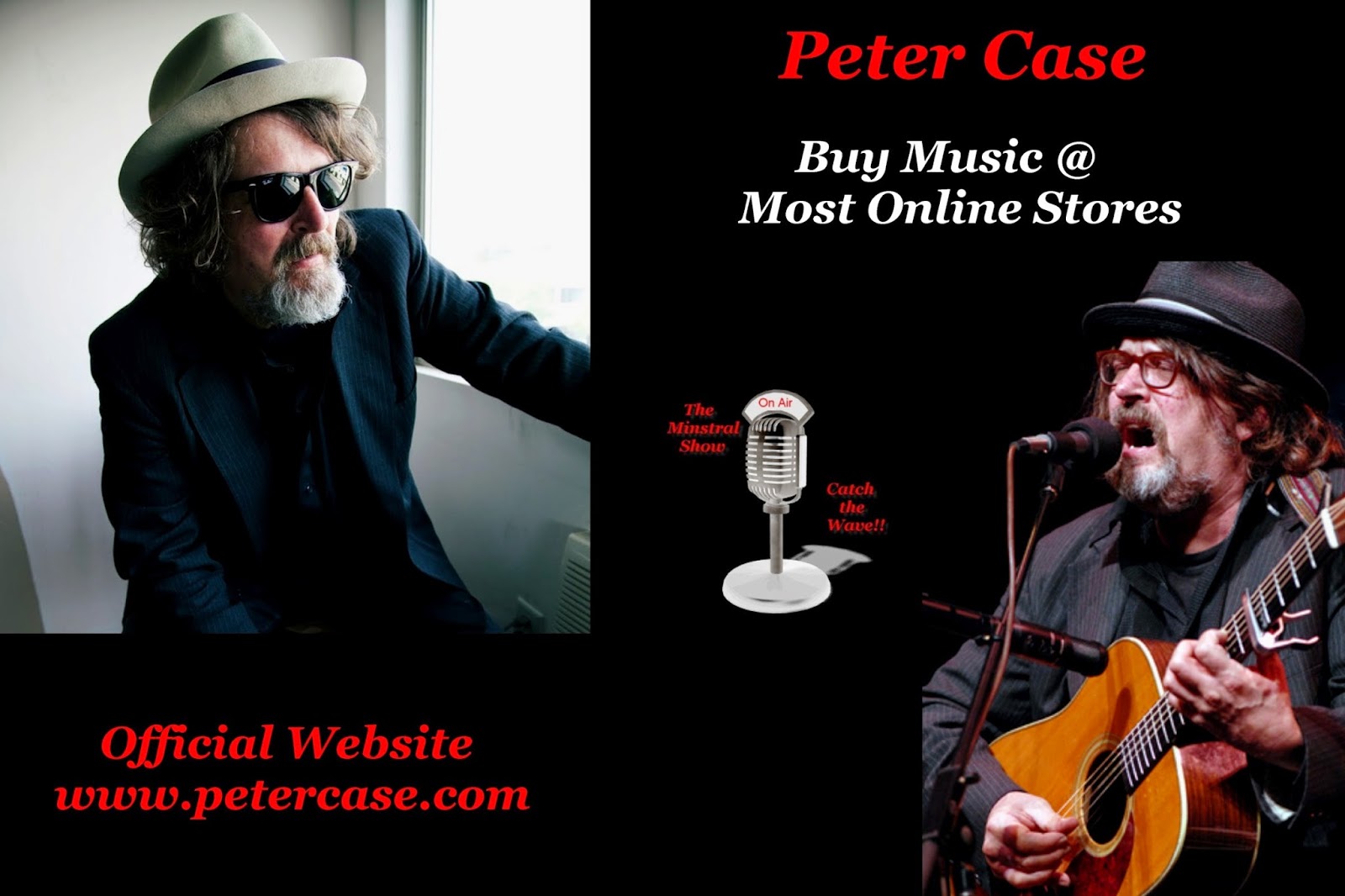 Peter Case was born in Buffalo, New York and lived in nearby Hamburg, New York. A veteran of several rock bands and the local bar scene as a teenager, Case dropped out of high school when he was fifteen (he would later earn a GED), and after several years of traveling arrived in 1973 in San Francisco, where he performed as a street musician. During this period a documentary about the local music scene, Nightshift, directed by Bert Deivert, captured the young Case on film. In 1976, he teamed up with Jack Lee and Paul Collins in to form the early new wave band The Nerves in San Francisco. The group's 1976 single, "Hanging on the Telephone", was later recorded by Blondie.

When the Nerves disbanded, Case moved to Los Angeles and formed the pop-rock band The Plimsouls in 1979. The Plimsouls found a measure of success when their songs "A Million Miles Away," "The Oldest Story in the World," and "Play the Breaks" were featured in the movie Valley Girl, but by that time the group had already broken up. Case briefly toured with Gurf Morlix, Victoria Williams (Case's first wife), and Warren Tornado Klein as the Incredibly Strung Out Band, but their collaboration never resulted in a record.

Case struck out on his own with a self-titled album released in 1986 on Geffen Records. Produced by T-Bone Burnett and Mitchell Froom, the record included three songs co-written by Burnett and one by Victoria Williams, and also featured the talents of Williams, Morlix, Klein, Mike Campbell (of Tom Petty and the Heartbreakers), John Hiatt, Jim Keltner, Jerry Marotta, Roger McGuinn (of The Byrds), and Van Dyke Parks, among others. One of the songs on the album, "Old Blue Car," was nominated for a Grammy award. Robert Palmer (writer) chose the album as the No. 1 release for 1986 in his year-in-review wrap-up for the New York Times.


In 1989, Case released a second solo disc, The Man With the Blue Post-Modern Fragmented Neo-Traditionalist Guitar, this time with the help of artists like David Hidalgo of Los Lobos, Ry Cooder, and Benmont Tench. While not a major commercial success, the album was a favorite of critics and other musicians: Bruce Springsteen told Rolling Stone magazine that he was listening to Peter Case more than anyone else that year.


In 1992, Case scored a radio hit with the song "Dream About You", which peaked at #16 on the U.S. Billboard Modern Rock charts.[3] After a third album for Geffen, Six Pack of Love, and a live album of cover versions, Peter Case Sings Like Hell, which was released on Case's own Travelin' Light label, Case signed a contract with Vanguard Records. His first Vanguard record, Torn Again, was issued in 1995.

In 1996, the Plimsouls reunited for the first of several reunions. Throughout the '90s and early 2000s, Case continued to release discs as a solo performer, moving in an increasingly acoustic-oriented direction, and playing clubs and small venues. Torn Again was followed by Full Service No Waiting (1998), Flying Saucer Blues (2000), and Beeline (2002) all on Vanguard, in addition to Thank You St. Jude (2001), a self-released CD that featured David Perales on fiddle and background vocals. In a review of Flying Saucer Blues, critic Bill Wasserzieher declared, "I am convinced that nobody of Case's generation writes better songs or does better work in the tradition of Woody Guthrie."

In 2004 Vanguard released Who's Gonna Go Your Crooked Mile, a compilation of tracks from his albums for the label, which also included two previously unrecorded songs, "Wake Up Call" and "My Generation's Golden Handcuff Blues". Both tracks gave evidence of Case's strongly held political convictions.

Case is an active musicologist; in the late 1990s, he curated the musical program for the Getty Museum in Los Angeles. In 2001, he organized, produced, and performed on Avalon Blues, a tribute album to blues music pioneer Mississippi John Hurt, which was nominated for the 2002 Grammy Award for Best Traditional Folk Album. Case also had the chance to perform Beatles songs at the Hollywood Bowl with Sir George Martin. He frequently conducts songwriting workshops in California, where he now resides, and in other locations. Case's solo performances have featured his own compositions as well as covers of songs by Memphis Minnie, Sleepy John Estes, Bob Dylan, Neil Young, and others.

In February 2006, Hungry for Music, a non-profit organization based in Washington, DC, released a three-disc tribute to Case, entitled A Case for Case; the set featured cover versions of Case's songs performed by various artists, including John Prine, Susan Cowsill, and others.

In 2006 Case began posting on his blog sections of a memoir entitled As Far As You Can Get Without a Passport, which was subsequently issued in book form in January 2007 by everthemore books. The memoir covers Case’s very early days from the time he left his native upstate New York and wound up singing and playing on the streets of San Francisco. This period inspired some of his most memorable songs, including "Entella Hotel "and "Travellin’ Light." John Doe, co-founder of the Los Angeles punk band X, contributed an introduction to the book. Case has continued to write and post autobiographical additional material.

On December 6, 2007, Case's Let Us Now Praise Sleepy John was nominated for a Grammy award in the Best Traditional Folk Album category.

Peter is recording a new album!

“My 13th solo album, my first in nearly 5 years, Peter Case songs about NOW, in your world, in your country, in your city, in your skin.

I’m a songwriter. I don’t make records on deadline, I make them when I’ve got the songs. It’s the songs that tell me what to do, and when to do it. The songs seem to come in, from some unconscious place, and whenever they’re ready, wherever that is, I go to work getting them down.

My criteria is they need to be fresh, to be able to wake up people’s attention when they’re being heard. The song needs to be clear enough that I can walk into any bar or club in America and sing it, and the people will get what I’m saying, but it also needs to have the element of depth or mystery that will draw me back to sing it over and over, and the audience to listen again, and again to get more of what’s in it.

Then it’s time to record. This needs to be done with a group of musicians and others, who all want the same thing: to make a great recording. Everything played has to to be right, to contribute to the overall impact of the music. Recording sessions are like a mind-meld, everybody serving the same ideal. It’s all done in a timeless moment that somehow also beats the clock... In a way, it’s a gauntlet each song has to run, to make it onto an album with any magic intact.

The recording itself has to sound right. I realized a while back that analog tape remains the way to go. There’s a warmth to it that’s undeniable.`If it’s recorded on the right format it adds to the life of the music.

Anyhow, I've got the songs. I know the players and studio. I'm ready to do this.” 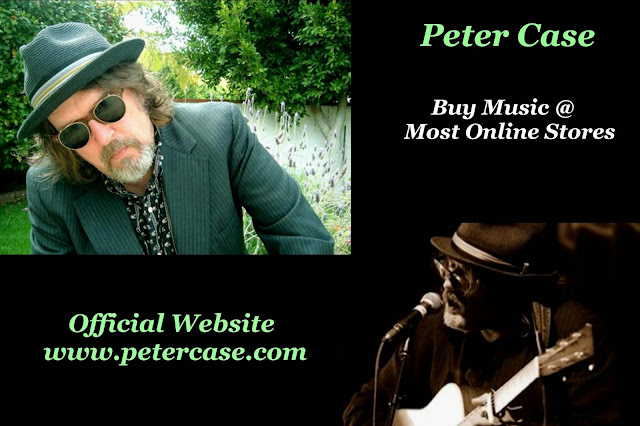