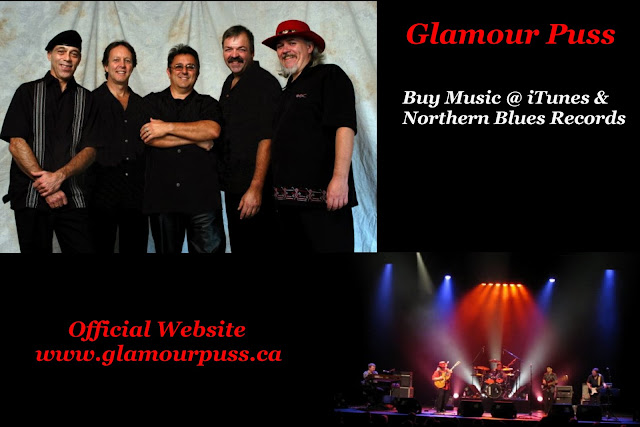 Travis Furlong picked up his first guitar at age 3 and promptly jumped on it. He picked up a new one in his early teens and by the time he quit school he discovered Stevie Ray Vaughan and BB King, not even realizing yet he'd discovered the blues. Over the years, Travis put together various bands, including the popular local Moncton group, the Botsford Blues Band.

Drummer Ron Dupuis had been one of the founding members of 1755, a now legendary band remembered fondly by fans as The Beatles of Acadia. Bass player Paul Boudreau had performed in some 3,500 gigs and countless bands including the regionally well known Aguafuge and Boulevard as well as being an accomplished studio musician. Ron brought in high school chum Roger Cormier (B3, piano) who had been touring the country for about 25 years. Ron and Roger had played together in a band in high school, practically their first band.

Within a year or so of experimenting with different grooves and sounds, the original sax player left and was replaced by the high energy Don Rodgers of Molly Oliver fame. Don not only plays keyboards and sax, he also brings a singing style and feel that he says has been influenced by Billy Joel, Elton John, Burton Cummings and a long list of R&B performers. Finally the current lineup fell into place and the sound started to really gel. Together they fused a blend of classic rock and roll, Acadian, Zydeco, Blues and R&B sounds, creating Glamour Puss.

They were originally known as Glamour Puss Blues Band. The name Glamour Puss came out of a comment Travis made when he saw someone who was less than glamorous in one of those glam Forties flicks and said, "He's no Glamour Puss". Ron agreed and thought it would be a great name for a blues band since blues is known to have more substance than glitter.

Bandleader Ron Dupuis says "We started out with the simple goal of playing covers and older songs we all liked and writing new tunes in our own unique style and tempo. It was a twofold kind of thing, work on our live sound and get ready for our first recording." The resulting self-titled album, produced by Hayward Parrott, took one year and was released in April 1997. Glamour Puss had jumped onto the Canadian music scene with its debut album.


Today the Glamour Puss sound features a pulsing rhythm section, driven by Ron (drums) and Paul (bass), solid keyboards by Roger (B3, piano) and Don (organ) additionally belting it out on tenor sax and Travis with single string runs, "bent" chords and left hand vibrato influenced by B.B. King, with a little bit of a Texas rockin' edge and all five members trading off lead vocals. Nothing else sounds like Glamour Puss, always straight-from-the-heart.

Glamour Puss has built a solid fan base in their native Atlantic Canada with their blues-injected, zydeco-tinged rock. Energy, originality and just plain fun best describes the party band Glamour Puss has become.


2006 ECMA Nomination for Blues Recording of the Year Bluesman's Prayer