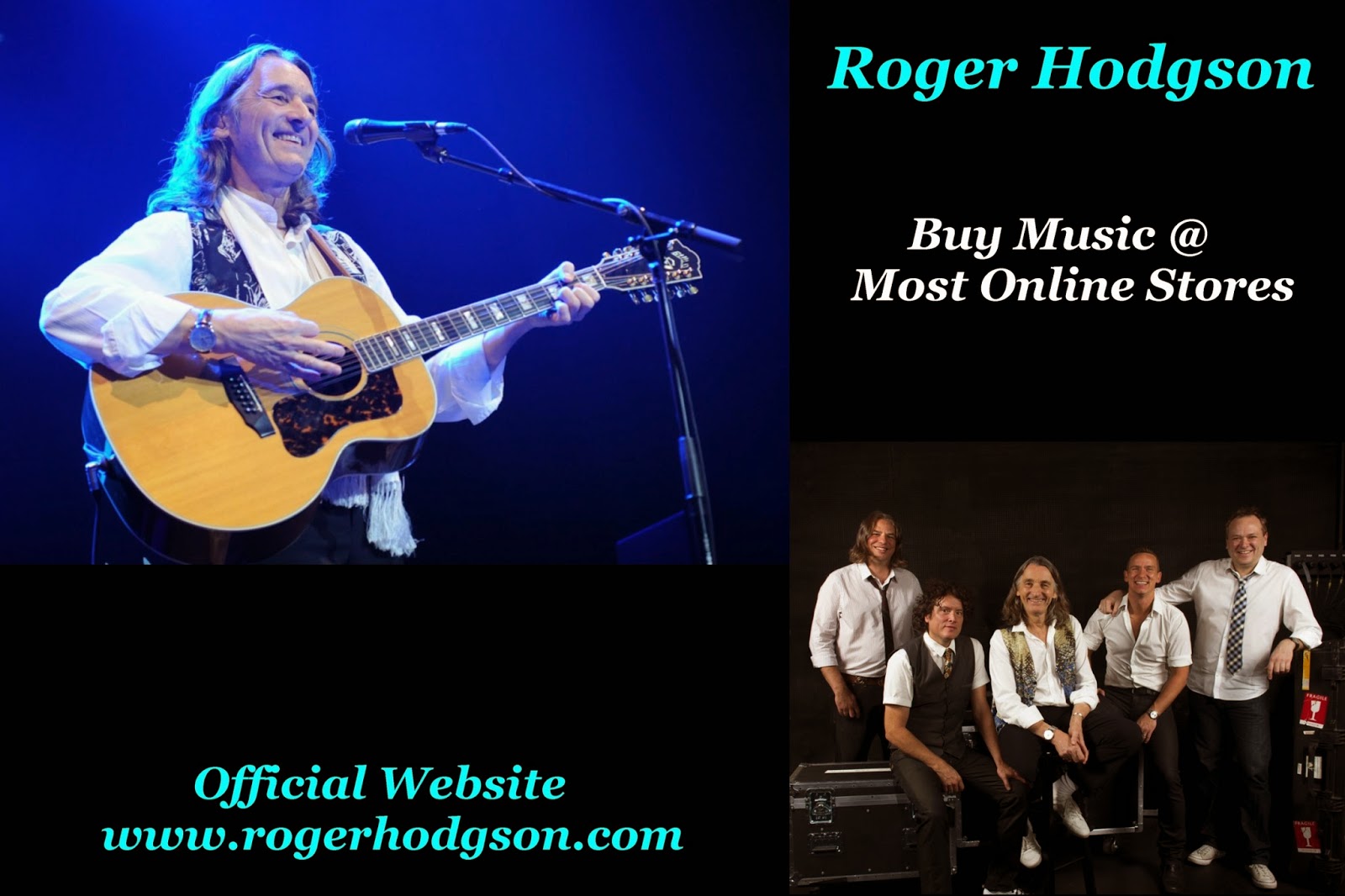 
Roger Hodgson has been recognized as one of the most gifted songwriters and lyricists of our time. As the legendary composer of many of the band’s greatest hits, he gave us “Give a Little Bit,” “The Logical Song,” “Dreamer,” “Take the Long Way Home,” “Breakfast in America,” “It’s Raining Again,” “School,” “Fool’s Overture” and so many others that have become the soundtrack of our lives.


Roger's trademark way of setting beautiful introspective lyrics to upbeat melodies resonated and found its way into the hearts and minds of people from cultures around the world.  His songs have remarkably stood the test of time and earned Roger and Supertramp an adoring worldwide following.


During the time that Roger led the band, Supertramp became a worldwide rock phenomenon, selling well over 60 million albums to date. In Canada alone, sales for “Crime of the Century” and “Breakfast in America” reached Diamond status; meaning one in fifteen Canadians owned both albums. The wildly successful album “Breakfast in America" hit number one in countries around the world and stayed on the top of the charts for a full year, selling over 20 million copies and becoming one of the biggest selling albums of all time.


Born in Portsmouth, England, Roger spent much of his childhood at boarding school where his guitar became his best friend.  Learning three chords from his teacher, he began writing songs at the age of twelve, eventually adding piano, bass, drums and even cello to his musical accomplishments. It wasn’t long after his final school year that he recorded his first studio single “Mr. Boyd” with a session band including pianist Reg Dwight, later to become known as Elton John.


Shortly after, Roger met Rick Davies and the nucleus of Supertramp was born. Their initial collaborations attracted the attention of A&M Records and their first album “Supertramp” was released in 1970.  From their second album "Indelibly Stamped" forward, Roger and Rick began writing separately. However, like Lennon/McCartney, they maintained a joint writers credit throughout their Supertramp career.


In 1974, the band released the album “Crime of the Century” with Roger’s song “Dreamer” becoming their first hit and driving the album to the top of the charts.


For the next nine years, dubbed by fans as the “Golden Years,” Supertramp saw four studio albums, numerous tours, and the worldwide success of “Breakfast in America.” Three of Roger's songs from the album became worldwide hits -  “The Logical Song,” “Take the Long Way Home” and “Breakfast in America.” Many awards followed, among them the Ivor Novello Award in 1980 from The British Academy of Composers and Songwriters for “The Logical Song” being named the best song both musically and lyrically.  To this day, “The Logical Song” also has the distinction of being one of the most quoted lyrics in schools.


Roger parted company with Supertramp in 1983 after the “Famous Last Words” album and mega rock stadium tour. Following his heart, he chose to live a simple lifestyle in nature with his family and pursue his spiritual values. He built a state-of-the-art recording studio at home where he could continue to create music and be with his children as they grew up.  His first solo album “In the Eye of the Storm” was released in 1984 and became an international hit, selling over two million copies.


In 1987, the same week that Roger’s second album “Hai, Hai” was released, Roger took a bad fall and shattered both of his wrists.  Doctors told him he would never play music again. Yet with faith and a long period of self-healing and physical therapy, Roger proved them wrong. Within a year and a half he was playing again.


In 2000, he released his next studio album “Open the Door” and in 2001, after taking many years off from touring to raise his children, Roger joined Ringo Starr in his All Starr Tour. It is only since 2004, with his children fully grown, that Roger has felt the call to tour regularly again. The legend is back and his signature voice is stronger than ever.


Roger continues to compose music and write lyrics and has over 60 unreleased songs, some of which he plans to record when the time is right.  He compares his writing process to an artist painting a picture, keeping it close to his heart until the picture is complete before he shares it with the world.


Thirty-five years after writing “Give a Little Bit,” Roger received an award for the song being one of the most performed songs in the 2005 ASCAP (American Society of Composers, Authors and Publishers) repertory.  In 2007, he received this award again for a remake of “Breakfast in America.” Roger has donated his time and signature song “Give a Little Bit” to help raise funds for Tsunami Relief, Red Cross, UNICEF, World Vision, Hurricane Katrina efforts and other worthy causes.


In 2006, Roger released his first ever DVD from one of his live solo concerts in Canada.  “Take the Long Way Home – Live in Montreal” went Platinum in just seven weeks and hit #1 in all of Canada and is now multi-Platinum and Gold in France and Germany. Featuring hits “Dreamer,” “Give a Little Bit,” “School,” “Breakfast in America,” “It’s Raining Again” (to name a few), and a bonus orchestral version of “Fool’s Overture,” this DVD is a stunning reminder of the musical genius of Roger Hodgson.


In 2007, Roger accepted an invitation by Princes William and Harry to perform at the Concert for Diana at Wembley Stadium.  "Give a Little Bit," along with “Dreamer,” “Breakfast in America,” and “It’s Raining Again,” were among Princess Diana’s favorite songs.   Roger’s performance proved to be one of the highlights of the evening when the Princes and entire audience of 65,000 stood up and sang along to honor Princess Diana.


Currently, Roger is performing both public and private concerts in a variety of formats - solo, with backing band, and with symphony orchestra. His most recent release, "Classics Live," is a spectacular collection of his live performances recorded on his 2010 world tour. The first ten tracks, including his most loved classic hits, are now available as an advance release in physical and download formats.


Roger – Stories Behind his Classic Songs


Hide in Your Shell – (Live England)


Even in the Quietest Moments - (Live)


Only Because of You (Live with Orchestra)