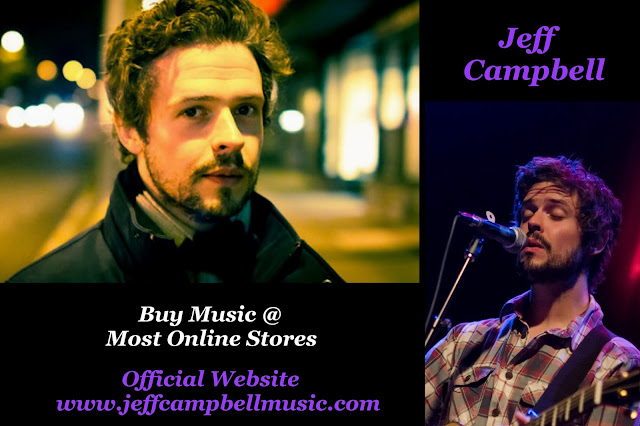 Jeff Campbell’s onstage experiences have taken him to coast to coast countless times and found him sharing stages with John Mayer, members of Counting Crows, The Grateful Dead, and opening for Train. After being crowned winner of Guitar Center's National Singer Songwriter Competition out of over 13,000 entrants,  his 2013 EP Release, “In Spite of Everything”, produced by 6x Grammy Winner John Shanks, premiered at #1 on the iTunes rock EPs and singles charts, following a performance on the Jimmy Kimmel Live! show.

Watch him strap an acoustic guitar on his back, board a public bus with 75 strangers, and traipse his way across the country. Here’s a singer-songwriter who loves nothing more than the sound of his voice reverberating off a music venue’s back walls. Yes, this is Jeff Campbell’s life, and as he’ll readily tell you, it isn’t so much a choice as it’s his calling. “This is just who I am” says the vocalist, impassioned songwriter and lifelong musician who with The Kitchen Sink, has at long last concocted the album that represents him at his core and is willing to do whatever it takes to feel the rush of human connection.

For Campbell, it’s all in the spirit of connectivity: eliminate as many barriers as possible between the writer and the audience. Sure, he knows he could record hundreds of videos on YouTube and pray one goes viral, but that’s not him. Even as his fanbase continues to swell, Campbell craves intimacy and immediacy. “Performing live is absolutely my favorite part of this thing.” Campbell says. “Whether it’s a big stage or a small room, there’s really no better feeling than connecting the music with the audience. When you know they’re with you, it’s the best ever.”

An emotional, evocative poet with a rock lover’s heart, Campbell navigated nearly a decade spent nursing a nine-to-five job before realizing you can only run so long from your true passion. Now, on The Kitchen Sink, he combines his hunger for stellar songcraft, rope-you-in riffs and threading melody into his most profound musical statement yet. It’s an album the soft-spoken singer views as his “…life’s work. So far.” and the passion and commitment to his craft is supremely evident in its cutting clarity.

For Campbell, The Kitchen Sink is a wonderful opportunity to let go of any preconceived ideas of who he was as a musician and “…let the songs go where they wanted to go. It’s what I’ve grown into”, he explains of the nine-track LP that melds the Philadelphia native’s longtime love of raucous rock with his more recent understanding of a lyricist’s poetic power. “I have to continue down the path that I’m on,” he says proudly of Sink’s potential for longevity.

“The best music is so often about a story, about the feelings conveyed by what the writer/performer saying and whether or not they mean it,” Campbell says; and it’s why he felt compelled to channel the experience of becoming an uncle into the immensely personal “Fill The Spaces.” The ear-candy-of-a-rocker is an exploration of how best to “live in the moment and fill the spaces with what’s around you, versus staring at your device all the time or worrying about the past or too much about the future.” On thewinsome “Finger Pictures,” the musician uses a lilting melody as a mask for a hard-hitting, timely message of equality inspired by female friends he’s seen bogged down by societal inequality: “I’m surrounded by a lot of great women in my life. A lot of them are artists and I see what they to have to go through on a regular basis to be socially accepted,” Campbell says. “Girls have it harder than guys do in a lot of ways.”

Arriving at such a point of awareness for Campbell was a journey unto itself. Upon leaving a stable and successful career in investments in 2009, the then-twenty-something proceeded to pound the pavement for several years, grinding it out in bars and clubs as he adjusted to his new music-first life. “It took me awhile to accept that it was no longer something I was doing for fun,” Campbell admits of writing, recording and performing music full-time. “It wasn’t just a hobby anymore. It was now my job.” The man who discovered his voice when swapping his spot behind the drums with his teenage band’s laryngitis–stricken singer for a gig, had been in rock bands practically his entire life, but he’d always assumed it was unrealistic to make a career out of his artistic passion. “Some people, by trade, are carpenters, plumbers, lawyers, whatever. This is my trade. And it’s how I’m always going to make a living, for better or for worse.”

Hunkering down with Shanks and a cadre of seasoned session pros to record 'In Spite of Everything' was a priceless crash course for Campbell in the art of commercial production and songwriting. And yet he’ll be the first to admit that he and his band went for a far more raw, spare sonic aesthetic on The Kitchen Sink. “I like a nice duo of electric or acoustic guitars and the words and the melody speaking for themselves,” he explains of an LP written and recorded between his home studio and the home studio of Bay Area producer/friend Gawain Mathews. This loose approach is evident in the tender “Jail”, the harmonious “No One Keeping Score” and the airy, suspended “Overboard.” “I think there’s an art in doing what a band like U2 does,” he offers. “What you hear live is what you hear on the record: Two guitars, a bass and drums. If you can fill up the space with as little instruments as possible, then why the hell not?”

Success for Campbell remains an ever-evolving notion, but the proud song-spinner knows that no matter what his future holds, he’s now attacking it as his true self. Campbell concludes. “I’ve landed comfortably at a position in my life where I’m at peace with who I am. Finally.” - By Dan Hyman. 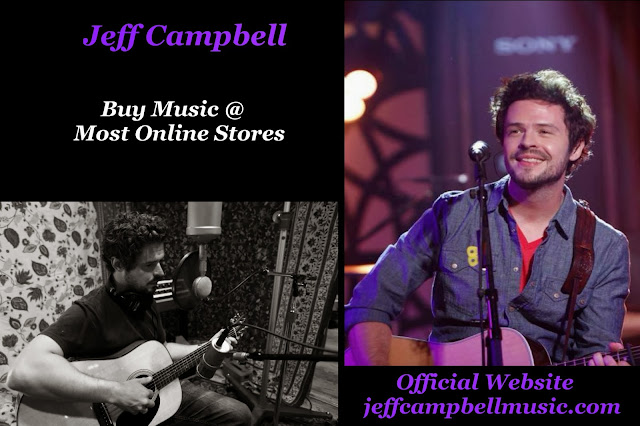