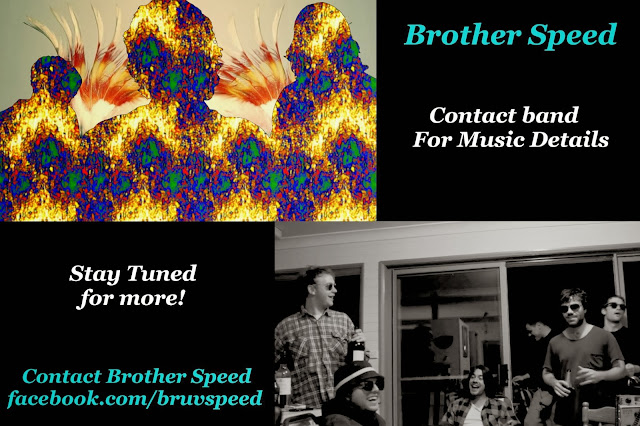 Brother Speed originally started as a side project for Darius Navidzadeh, former member of Sydney outfit Underlights. Darius, a guitarist and vocalist was one of the founding members and the key songwriters of the group, whose Triple J Unearthed winning single “Now That You’re in Love” saw them break into the music mainstream back in 2011.

After receiving significant national radio play and featuring at Big Day Out, Playground Weekender and Homebake among various other headlining shows in Sydney, Brisbane and Melbourne, Darius relocated to London in search of a fresh project and to explore a new musical direction.

Darius spent time meeting with record producers in England, in particular Liverpool where he met founding Merseybeats member Billy Kingsley who imparted invaluable musical guidance and wisdom and continues to do so. It was a chance to immerse in England’s melting pot of emerging and established artists and plunge into a sound and scene already so familiar to him - albeit from thousands of miles away.

Born out of this musical pilgrimage was Brother Speed.

To harness this sound Brother Speed worked with Liam Judson, producer of the award winning album Bliss Release by Cloud Control and the acclaimed debut from The Laurels. Recorded on a remote farm in Kangaroo Valley the new project has delivered some very exciting sounds with Brother Speeds first single ‘Let Me Be’ released in July and now delivering ‘Which Side I’m on’, a must to be included in anyone’s soundtrack to summer.