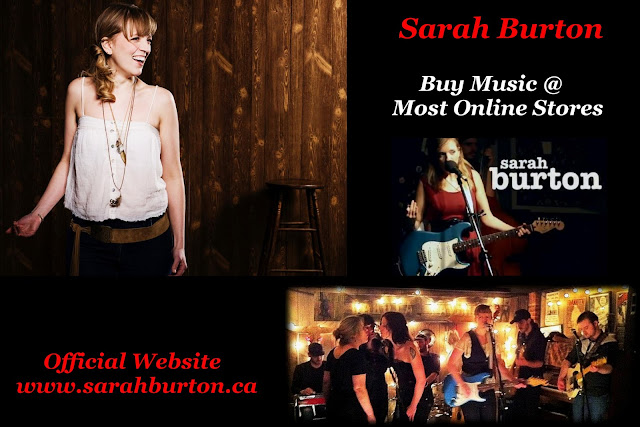 Sarah Burton's playful soul has found its home in music through three diverse albums, and countless ups and downs while traversing the globe. She's seen her way through acoustic folk beginnings, into country swing and steel guitars, then electrifying blues-rock. On her new album Make Your Own Bed, Sarah doesn't just embrace indie-pop into her musical inventory, but returns to her first inspiration; the piano.

The anticipated fourth release [Make Your Own Bed], is quintessentially Sarah Burton; full of clever lyrics and slices of life described in unique detail. It was a thought at the back of the songwriter's mind for years, as Sarah Burton got her start in music through piano lessons as a child, before switching to the role of axe-slinger and singer when performing. Recently though, Sarah found herself in front of a beautiful Steinway in Almonte, ON, with engineer/producer Ken Friesen (Tragically Hip, Hawksley Workman, Blue Rodeo), and producer Derek Downham (The Beauties, Samantha Martin), awakening the memories and stirring up the inspiration to create what has turned out to be the most beautiful and polished release yet from the popular Toronto-based songwriter.

Make Your Own Bed is fearless indie-pop and rock, putting the piano in the spotlight, while keeping balance with elaborate percussion, guitar and electronic beats. Burton's vocals are at their best in sync with the keys, and each song pulls out either the soulful or sassy sides of her style. The album's title track and lead single "Make Your Own Bed" is an edgy modern rock expression of how we play out our lives, while "True" belts out the truth in twinkling pop splendor.  "I Will Be Free" is a strong slow burn of song, and "So Long" and "Ocean Town" radiate a summer time feel.  Sarah also gloriously revives Treble Charger's "Red", complete with Bill Priddle singing harmony vocals on the track, and brings a new electro-pop vibe to the re-imagined "Love to Love You", which first appeared with a blues-rock treatment on her 2012 release.

Released in August 2012, Sarah Burton's Fire Breathers consists of 13 songs spun together by a spaghetti-western love story that follows three imperfect characters: the outlaw, the lady, and the man who was too good, through the torments and the pleasures of the heart. The album is distributed by Fontana North/Universal, courtesy of Tonic Records, Vancouver.

Portraying the "lady" in the FIRE BREATHERS story, is Miss Sarah Burton, and something got under her skin in this new release. From the edgy and fiercely independent sound of her previous album, Mayflower (containing such songs as"Antimonogamy" and "If This Is A Sin"), Fire Breathers shows more love to the opposite sex with songs like the lead out rocker "Raise The Bar", the power pop of "Love to Love You", and the raunchy blues-rock of "My Man". While softening her lyrical approach, Sarah also raised the bar herself on the sound and feel of this collection. Straight up rock 'n roll, dirty blues riffs, a little twang, and pop treatments run rampant throughout, thanks to the contributions of "the outlaw", bass player Luke Stackhouse, and "the man who was too good", guitar player Jay Swinnerton. Each song is unique while still flowing with style of the album; a piece of Canadiana splendor. Fire Breathers will leave you breathless.

Sarah Burton tells the tales of life with beauty, strength and weariness, and her sound rocks and rolls with just the right amount of country and pop influence. Sarah's music was featured in the film "Cabin Fever 2", and her the song Then Run Away, was named Best Folk Song by Toronto Exclusive magazine in 2009. A relentless road warrior who spends months on the road at a time, Sarah stopped moving long enough to record her debut EP Love is for Pussies in 2007, with Juno winning producer John Switzer, and followed it up in 2010 with her full-length album Mayflower; "a country dusted folk album of steel guitars and sweet sorrow" (Brad Wheeler, The Globe & Mail). Accompanying the Mayflower release is a video for How Good You Are (Feb 2011), thanks to a grant from Videofact, and a second video for the song Gravity (Feb 2012).
"Here is acoustic, rock, bluesy, torch, indie jive, country psychedelic, soul-baring beautiful music that those with a need to hear a new point of view ought to get off their butts and obtain. This album matters." – John McClure, Victory Music Review

Born in Ottawa, Sarah calls Toronto home. Her career has seen her play NXNE, Canadian Music Week, Winterfolk, We Are Many Festival, Brandon Folk Festival, North Country Fair, and BC's Music on the Mountain, in addition to many live music venues across Canada and the US. She's enjoyed radio play across North America, and rave reviews from tastemakers near and far! Miss Burton is not only adept with a guitar, but can tickle the ivories like she tickles your heart.


Sarah Burton - Don't Mind Do Ya Do [Live - Moonshine Cafe] from Derek Kneblewski on Vimeo. 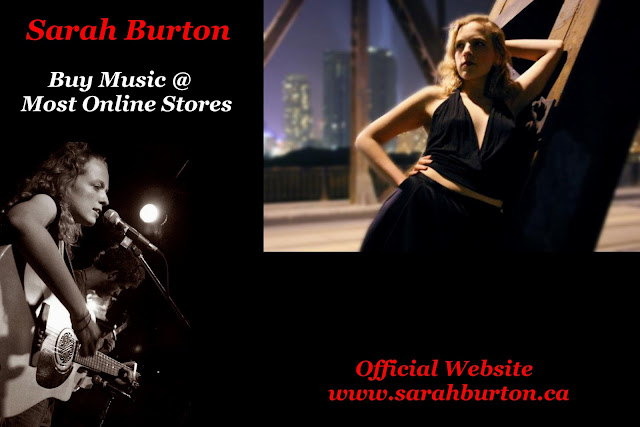