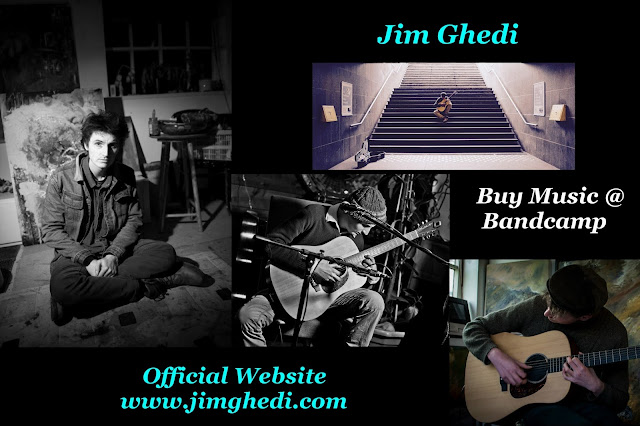 After several years of experimentation and travelling around Europe, Jim Ghedi has returned to Sheffield UK with a signature progressive folk acoustic sound not to be missed. Working heavily in rhythmic phrasing as well as melodic & harmonic experimentation, Jim has crafted his style of playing by incorporating Jazz, eastern European Folklore, and African influences into his focus.

Jim Ghedi’s debut album “Home is Where I Exist, Now to Live & Die” will be released with Cambrian Records on the 4th November 2015.

“The material for the album, is a running dialogue of my time spent travelling from Brussels & northern Europe and then returning back home. The tracks are moments in time, and fragments of life lived being exposed in different places with different people.”

“I spent my time in Belgium with nothing set in place, but a friends room who kindly let me stay and play my acoustic guitar. I spent my days there writing music, exploring the library’s incredible archive, playing in the streets and exploring the world around me.”

Jim will embark on an extensive UK tour starting in September 20th through November 28th to launch his new album so be sure to catch a live performance near you.

Forgive Me for What I Possess

Interview and Performance @ the Sheffield Cathedral 2015

Home is Where I Exist, Now to Live and Die