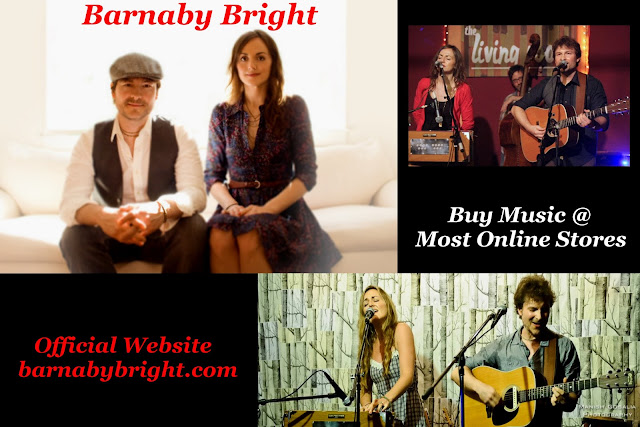 
Since the release of their first album, 'Wake the Hero' in 2009, Barnaby Bright has garnered high accolades for their songwriting and sound. Grand prize winners of the NY Song Circle competition, Barnaby Bright's music has also been featured on national television to soundtrack heavy moments on shows such as 'ER' and 'Days of our Lives.' Their follow up EP 'Gravity' was named one of the top 100 records of the year by Amazon.com, keeping good company with the likes of Adele and Bon Iver. They continue touring in support of their brand new full length record, "The Longest Day," gracing such notable venues as Lincoln Center and NPR's "Mountain Stage" in West Virgina, and sharing stages with the likes of the Lumineers and Norah Jones.

Nathan and Rebecca Bliss, the voices and the brains behind Barnaby Bright, are truly the modern day traveling troubadours, averaging roughly 200 shows and 40,000 miles traveled a year. You can find them on streets as far away as London or Amsterdam, and as remote as St. Paris, Ohio, toting their massive haul of instruments…multiple guitars, harmonium, banjo, ukulele, floorboard bass, thumb pianos and keyboards. Because of the great number of shows they've played in their world travels, as well as their unique instrumentation, powerful harmonies and thought-provoking, connective lyrics, this duo has mastered the original goal they set out to attain: to create a sacred, magical space for their audiences…a momentary escape from the outside world. Their songs deal with a diverse range of subjects as relatable as longing and love, and as dark as death and revenge. The resulting emotional journey Barnaby Bright takes you on during one of their shows is one you will never forget. Drawing inspiration from literature, human behavior, experiences shared with the fascinating people they've encountered on the road, as well as a hint of fantasy, Barnaby Bright is a classic vision of timeless indie folk rock in all its glory.

Nothing about the journey of this married duo has been accidental or without purpose...even the band name itself holds a myriad of meaning for them. The phrase "Barnaby Bright" is a medieval term for the summer solstice. In 17th century England, the longest day of the year was celebrated with a large festival to honor St. Barnabus, and all joined together in merry recitation of the limerick, "Barnaby Bright, Barnaby Bright, the longest day, the shortest night." Nathan and Becky were instantly drawn to the name not only for its historical context, but also because of the many metaphors it represented to them: light and dark, good and evil, and the idea that though this innate, dualistic struggle is present in all of us, on the longest day of the year, light prevails over dark...goodness wins.

This dichotomy of the human condition is represented time and again not only in their songs, but in themselves. With over a decade between them, and drastically different childhoods and life experiences, Nathan and Becky find in each other so much of what the other is lacking, both musically and personally. They have discovered that their vastly different backgrounds give them each a unique approach to the world, and to songwriting. Perhaps that is why listeners find such depth and range of emotions in the songs of Barnaby Bright.

Get Band email for free at ReverbNation.com 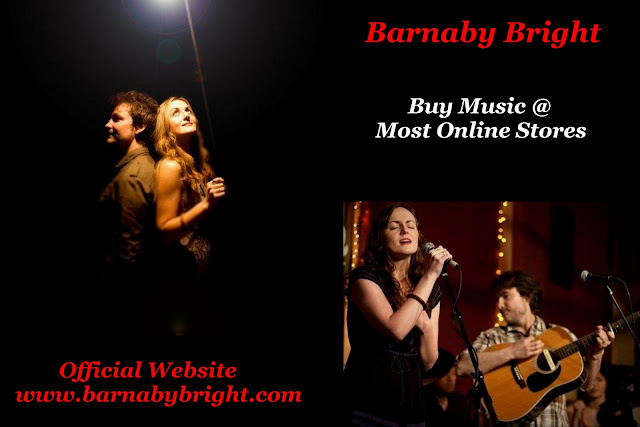