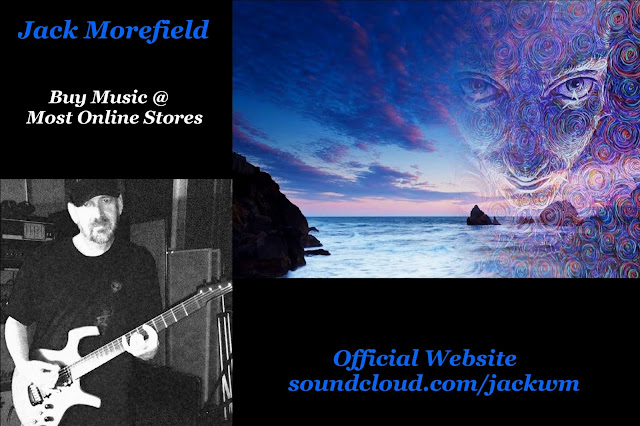 I have been playing music my whole life, most of it as part of one 'clan' or another, who's primary mission statements have only included clearing the bar tab and getting a piece of the door - oh, and watching semi-drunken people dance to whatever sort of music we were playing. Original art has seldom been part of the agenda.

In my search for music to paint by I discovered several years ago some great downtempo psy tracks by folks like CBL and H.U.V.A network...I have always admired these composers but never dreamed that I could come close to creating brilliant soundscapes like that.

In March 2012 I was given an iPad by my beautiful wife, and promptly got the garage band app (best $5 I ever spent). I discovered the world of loops and grid editing. Now my little guitar riffs almost became songs, and I have not gotten a good nights sleep since.

I now track in Logic on my mac book, mostly (so far) loop designed pieces that I put guitar noodling over (or just play the loop part myself pretty much as it was)

Why is this music important to you? - no reason at all. But if you like it that is fantastic

Why is this music important to me? - many reasons, but the main one is that now because of technology I am able to make these compositions I have been hearing my whole life all on my own, which I never dreamed possible. I cannot believe that we can do on our computers and hand held devices more than any money could buy in a studio even 15 years ago...

So, I am slowly turning from a musician who had to prattle on - guitar wise- to a composer of soundscapes....to me that is very fulfilling.

Jack is also an accomplished artist and is one third of music group “Refracted Memories” along with Jay Arana and Michael Wadlow.